I didn't want to be one of those people who went for a run today and then bragged about it to all my friends (who also went for a run today), all in the name of a silly "holiday." But then I realized that while I would have laced my up shoes & headed out anyway, I can take a moment and reflect on another aspect of National Running Day: What running has done for me.

Sure, I probably would've run today regardless if it was National Running Day (or National Donut Day, or National Take Your Daughter to Work Day, or National Drink a Margarita Day, or Chachi's 14th Birthday) but I wouldn't have normally thought about all the amazing opportunities running has given me.

I started running as a new hobby when I quit smoking a few years ago. I ran some 5ks and a half marathon as a smoker, and once I gave up the filthy habit, I knew I needed something new to distract me. I decided to see if I could better my half marathon time as a non-smoker.

After that, I no longer had a new hobby ... I had a new addiction. And it definitely did not include cigarettes.

A year after quitting smoking, I ran my first marathon in 4:24. 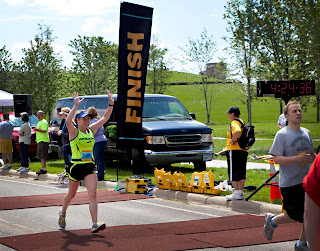 A mere two weeks after my first marathon, I ran my second and became a Marathon Maniac. 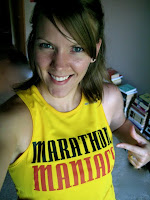 The Maniacs introduced me to a great community of people who run for fun, companionship, and camaraderie. One of those people I met, albeit virtually, was the Punk Rock RunnerIRONMAN himself, Ron. 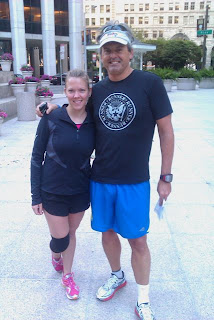 After moving to San Francisco, Ron introduced me to RoadBunner, a Bay Area runner who actually lived within the City limits. RoadBunner invited me along to the Big Sur Marathon -- and pushed me to turn it into my third marathon -- where I hung out for a whole weekend with a group of incredible girls who also love to run. This was my first glimpse of what it was like to know people who also found joy in pushing their limits physically. 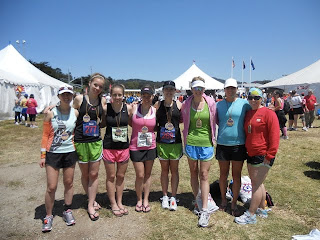 That third marathon was where I ran my first sub-4 accidentally, gained a new level of confidence, and found some of the best friends anyone could ask for.

Because of running, I've met solid friends who I know will be friends for life. I've run races I never dreamed of running. I've met running world big-shots. I've run in really cool places. I've met more virtual friends. I've imagined where I could go and I've shattered my own expectations. 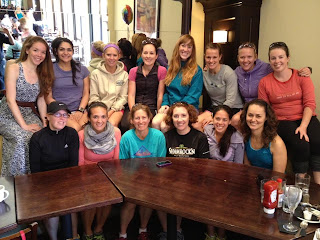 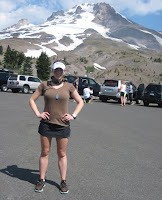 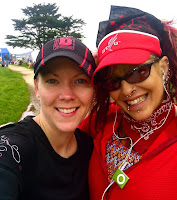 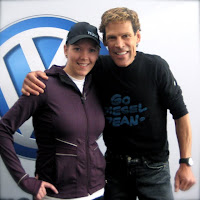 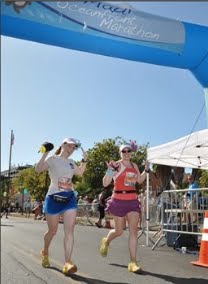 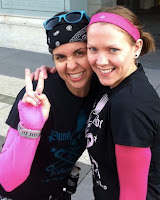 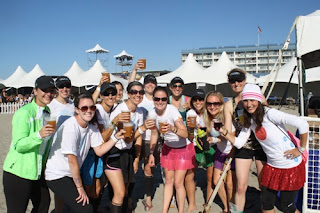 Now, 13 half marathons, 7 marathons, and countless 5ks & 10ks later (and much more to come), I've never felt happier, healthier, fitter, and more loved than I have in my entire life. And it's allllll because of running.

I really, truly, seriously, 100% honestly can say that if I never started running in place of smoking, my life, my friendships, my circles of trust, my confidants (and confidence!), and my lifestyle/interests would be profoundly different than where they are now.

So while going out for a run today was not a special event for me by any stretch, taking the time to reflect how this sport has transformed my life into something much better than it used to be is something I don't do enough.

I hope to never take for granted what some running shoes and a few miles of open road have done for me. 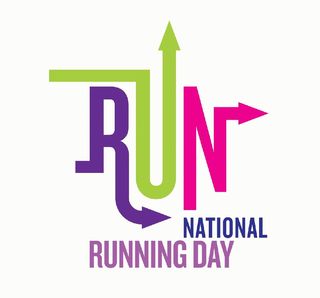