Let's cut to the chase here: I haven't been feeling like blogging much lately.
I don't know what it is -- lack of motivation to write, not much to write about, not feeling like my training or my racing is going anywhere grand at the moment, all of the above... and, to be brutally honest, after returning from 5 nights & 6 days in sleepy-ass, lazy town (aka Lahaina, Maui), I'm feeling unmotivated & don't even want to write about A MARATHON I RAN THERE.
But, for you loyal little loves out there, I will.
Sooooooo, a really really really really really long time ago, Courtney & I stumbled onto a great non-stop flight special to Maui. I haven't been on a "real" vacation in quite some time, I have never been to Hawai'i, and I have never traveled with a close friend. This vacation was already shaping out to be a great one, but of course when you have two runners traveling together, one thought entered our minds:
If we were going on vacation, duh, we wanted to come home with some bling.
The Maui Oceanfront Marathon, Half Marathon, 15k, and 5k fell within our flight's dates, which may or may not have been planned. After buying our flights and booking our hotel, Courtney and I found ourselves registering for the half marathon.

Banner outside our hotel 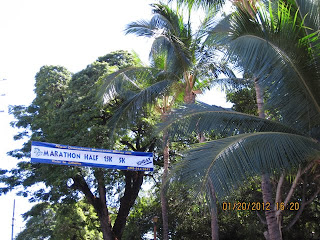 Once we got to Maui, though, a maniacal thought entered my head: We should just run the full marathon. Sure, we hadn't trained. Sure, we didn't bring the necessary stuff runners need to run a marathon. Sure, it was hot and humid and non-ideal conditions for a distance race.
Just as quickly as the thought entered my head, it disappeared. I want to race the Kaiser Permanente Half Marathon again, the race that holds my current half PR, in two weeks. Running a marathon I hadn't prepared for could ruin any true shot I have for that.
Then, I waffled some more. And then some more. After a 28-mile bike ride down Haleakala, I realized I had seen a good chunk of Maui in a very unusually fashion and I liked it. The ever-thoughtful Courtney gave me a list of pros and cons for running either race as we were being shuttled back to our hotel from the bike tour. I made up my mind: I agreed to the run the full. At the expo, we paid a few bucks to upgrade and our decision became real. In just a few hours, I'd be running my sixth marathon & Courtney would be running her fourth. 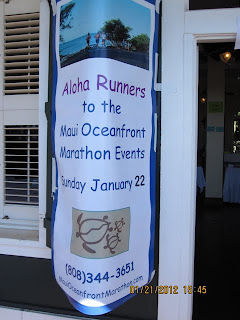 The bustling expo where they accepted full-bodied red wine in exchange for an upgraded race. 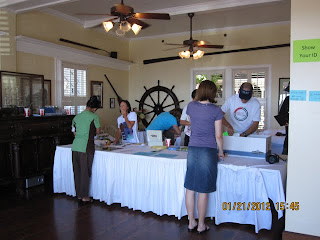 The Maui Oceanfront Half is a 6.5-mile out & back that started and ended at our hotel. While this would have been an ideal option for sleeping in, walking to the start, going for a quick run, collecting our bling, and leaving, it suddenly wasn't seeming as impressive. Sure, most people don't run half marathons on vacations... but who in their right mind would run a full marathon on their vacation?

Waking up at 3:30am, catching a bus for the 45-minute drive from Lahaina to Wailea, and running all the way back to our hotel seemed to fit the bill of seeing the island in another unusual way.
And I am so, so, so glad we did it.

Once our bus dropped us off in Wailea on Sunday morning, we were greeted by a traditional Hawaiian ceremony. Conch shells were played, chants were spoken, and we all held on to one another in a morning prayer-type ritual. 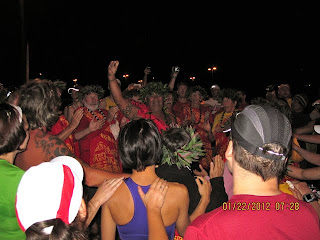 The only way Courtney and I were going to survive this race was to take our sweet time. We had no desire to run fast, but we both agreed to get as many miles as we could under our belt before the sun rose. After the sun was up, we knew it would be a death march.

At the 10k mark, still before sunrise. 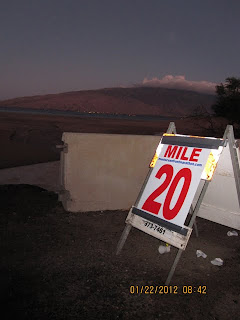 Around mile 11, the sun peaked over the Maui Mountains. While our battle against the sun was about to begin, this was a perfect way to witness a Maui sunrise. 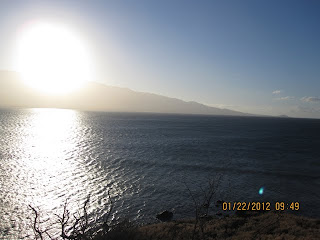 After running on N. Kihei Rd and fighting some of the harshest winds I've been in, we hit an endless panoramic view of the ocean and began climbing a number of steady hills. There was very little shade, and these miles became hard. One redeeming factor: GETTING TO SEE HUMPBACK WHALES JUMPING IN THE OCEAN!!! Who gets to do that during a race?!? 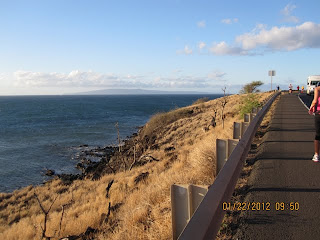 I wanted to make it to mile 16 before stopping to walk, which we pretty much did. This section of the race reminded me a bit of Big Sur and I felt really happy despite the heat. We took our time through the water stops, reapplied sunscreen, stopped to stretch our legs and snap some photos, and enjoyed all of our surroundings.
Honoapi'ilani Highway 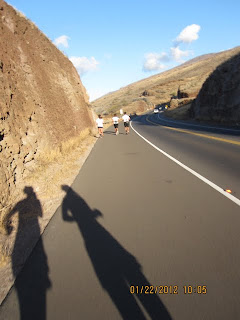 The final portion of the race was run with tiny beach towns and the ocean on one side of us, and the mountains on the other.
Papalaua Wayside State Park. Perfection. 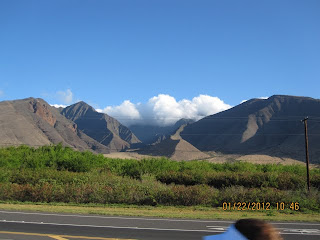 Taking a dance break at Mile 20. Why the hell not. We still had hours to go before the race cut-off time. ;) 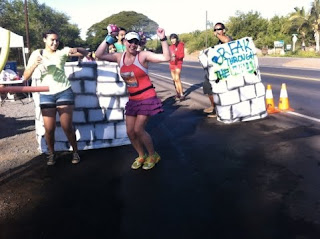 Usually seeing Mile 1 is kind of a bummer... but not when it's saying you only have 1 mile left!
(Courtney was asleep at this point.) 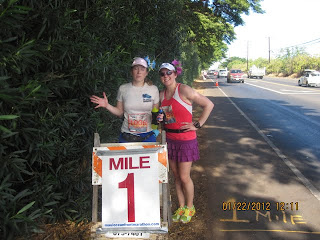 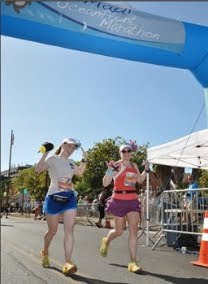 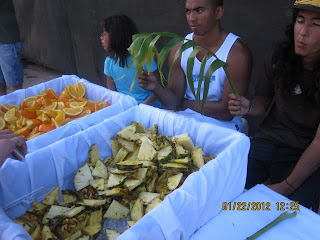 Settling in for a great post-race massage under the downtown Banyan tree. 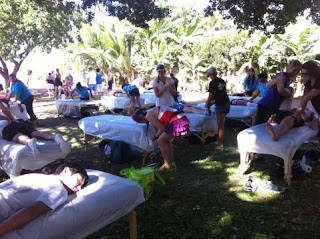 Finished with #6 and ready to begin the rest of vacation! 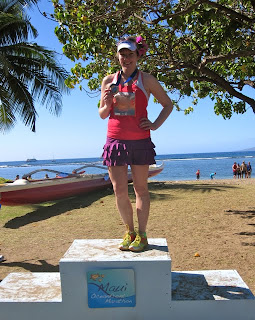 Even though this race is coming in at a close second for my personal worst marathon in terms of finishing time, it's truly vying for a spot as one of my favorites. We never would have experienced any of the beautiful sites, smells, and scenes had we run the half. And getting to do this while on vacation with a great friend is truly unforgettable for me.

Most people ask "How did you do?" when you finish a marathon; and for the first time in a long time, the numbers on the clock had truly no meaning to either of us -- the only time that mattered was that we were having a good one.
And I'm 100% sure we accomplished that.

The bling we traveled so far for! 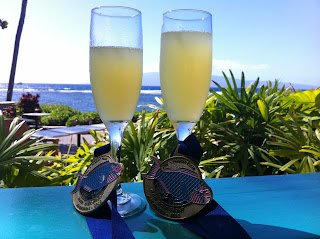