Things have been crazy in my life lately which is why I've been pretty quiet on the online front, but things are starting to look up and brighter every day. Today was no exception, both on the insanity front AND on the bright and happy front!

At nuun/noon East Coast time today, my friends over at Nuun announced their Hood to Coast relay team. A fun little twist: they actually ended up creating TWO teams because the creative applications were just that awesome... 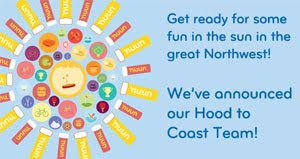 ... and I was fortunate enough to get a spot!

At the end of August, I will be heading to Seattle to be a part of the 30th running of the Mother of All Relays with a bunch of fellow Nuun lovers! I am beyond excited. :)

While this means I have to drop out of a fall race I was looking forward to here in the City, I'm equally as stoked to meet and run with my fellow-female-running-blogger-buddies, enjoy a few days in Seattle and Portland and everywhere in between, and run a few legs of this 197-mile historic race!

(Of course I'm also looking forward to staying up for 48 hours straight, eating a ton of junk food, and sitting in a crowded van with a bunch of smelly runners, but we can go into all those savory details later.)

Thanks so much to Nuun for this awesome opportunity and to all of you guys for your support! Without you reading/promoting/supporting my blog and Twitter, I'm not sure this chance would have been possible. Thank you, thank you from the bottom of my heart.
Posted by Alyssa at 3:15:00 PM 24 comments:

The Twitter world exploded today with news of the relay team Nuun is putting together for the Hood to Coast relay race later this year. This race is an awesome event -- made even bigger by the recent documentary that was released about it -- and the chance to run under Nuun's name is appealing for so many reasons.

Nuun has given their female blogging Ambassadors and the general public plenty of time to piece together a "creative application" for a shot on the team, but it seems that everyone has waited until today to announce they turned something in.

Granted, maybe they were busy trying to figure out what "creative application" meant, or maybe they needed time to craft something ever-so-perfect and utilized every available second. (Don't be dissuaded; if you are a female and you have a blog, you can still turn something in until tomorrow!)

I am now going to join the masses and say I turned in an application today. With the help of some very crafty and creative people in my life, I turned in an electronic picture book.

This is not just any picture book -- it's a simple story of how running changed my life and how Nuun changed my running. It's a story of how partnering with Nuun and training in San Francisco has allowed me to be prepared for the biggest relay race in the world.

I'll spare you the full monty, but here are a few of the images. 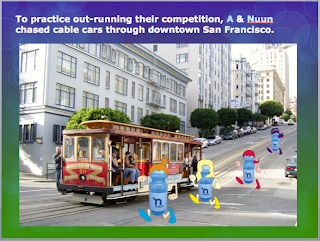 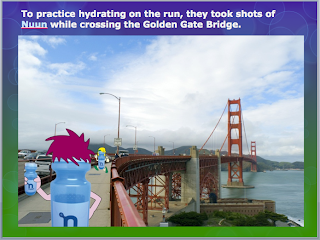 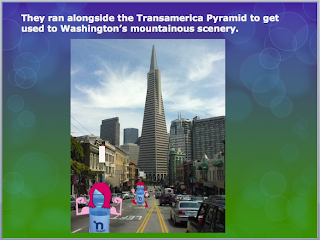 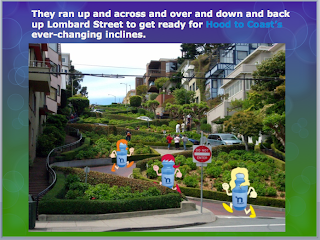 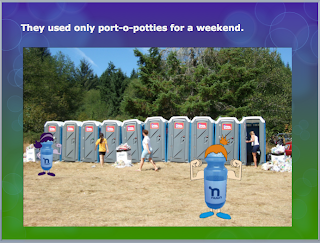 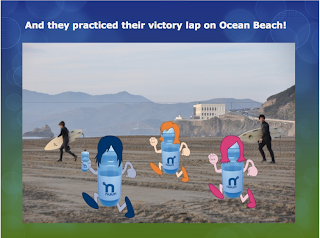 So, if you're in on that Twitter thing, go ahead and leave @ministryofnuun some love ... and then tell them that I (@DiaryAvgRunner) am ready to join their team! No, I'm not too proud to beg.

Good luck to everyone who applied -- I know of quite a few awesome bloggers who turned something in, and it'll be a kick-ass and uber-fun team no matter who is selected!
Posted by Alyssa at 8:08:00 PM 13 comments: