Chinstrap Penguin - South Shetland Islands, Antarctica
“You came for a marathon but discovered something much more important.”

Those were a few of the words I received after uploading my first attempt at a highlight reel from my most recent vacation. The comment was left by a race director who conducts 26.2-mile races on all 7 continents, and his words stopped me in my tracks.

There’s a growing group of crazy people who are running a marathon on every continent, and while I haven’t officially committed myself to that asylum yet, I figured I might as well get the “hard” continent done before it becomes too popular to enter.
So I etched my name on a 3-year waitlist to run a marathon in Antarctica and patiently waited my turn.

My trip to Antarctica turned out to be about so much more than running. In fact, I venture to say that the marathon was the boring part of the trip. I love running -- but the race was no more than a check in the “I ran a marathon in Antarctica!” box. I’ve run less-than-ideal weather races, but none in below-freezing temps, 50 mph winds, or ankle-deep sticky mud and wet riverbed rocks. (And we had good weather by Antarctic standards!)

However, I can say I’ve now taken a zodiac boat from a ship to get to a race. And I can also say I had a penguin greet me at the starting line!

It was everything after the race that was truly spectacular. I got tossed around in a tiny ship sailing the world’s most violent ocean. Mountains of pristine blue glaciers towered over our deck. Bellowing humpback whales spouted air outside my cabin window. I kayaked next to icebergs, a leopard seal chewed on our zodiac, skuas and storm petrels soared effortlessly overhead. I jumped in below-freezing water and listened to the thunderous crack of glaciers calving into deafeningly silent harbors.

Each day in Antarctica was my new favorite day. As we sailed the Gerlache Strait down the peninsula -- ducking in and out of coves and navigating around 10-story tall ice cubes in an ocean that more closely resembled a Slurpee than a body of water -- the only words I could utter were clichés: “Is this another planet? Is this for real?"

What took my breath away was the abundant wildlife surviving in the harshest place on Earth. And what’s more were the friendships. There was no WiFi or Internet or movies or TV on the ship, so I talked to people. Actually talked. I’ve nearly forgotten what it’s like to not have someone look at their phone or flash their eyes to a screen at some point during a conversation.

For 10 days I played cribbage with like-minded polar travelers, heard stories about peoples’ home lives in countries around the world, talked about places traveled to and places yet to be seen. I gained a greater appreciation for the beauty of unplugged interaction and absolutely no noise. (Except for maybe some camera shutters clicking at whales in our periphery.)

I experienced the awe, the grandeur, the majesty of a continent that none of us can find adequate adjectives for. We established a bond based entirely on the humbleness of seeing a land where we felt so tiny and so powerless.

I left Antarctica with the knowledge that I can travel to the most remote corner of the world on my own, dream bigger-than-life dreams, and do really scary shit that people find excuses for. I learned that whatever I put my mind to, I will make it happen.
Indeed. I came for a marathon, but I discovered so much more. 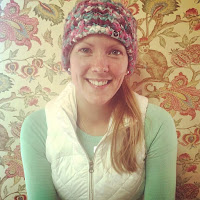 Alyssa is an avid ultramarathoner, adventure enthusiast, & lady of athleisure. When punching the clock, she plays with words & fights with grammar.
Posted by Alyssa at 6:00:00 PM No comments:

My plan to write about my training for the Antarctica Marathon failed miserably.

Not only did I spend any & all free time I had working extra jobs to fund my trip, I wasn't even sure the training I did would be adequate for Antarctica's climate and terrain. I stayed entirely in California, in pretty unseasonably warm San Francisco weather, and I ran a marathon as a training run -- and that was one of the limited long runs I did.

But! My training was adequate, my gear was perfection, and I have so much I want to say about preparing for the race AND about the trip to Antarctica. (And then I have even more to say about Patagonia, because I decided if I'm going to the bottom of the world, I might as well see three more countries while I'm down there. Normal, right? Totally.)

Please humor me & my very first attempt at making a highlight reel with some poorly shot video and some better-shot photos. Accept this for now, and stay tuned for more.